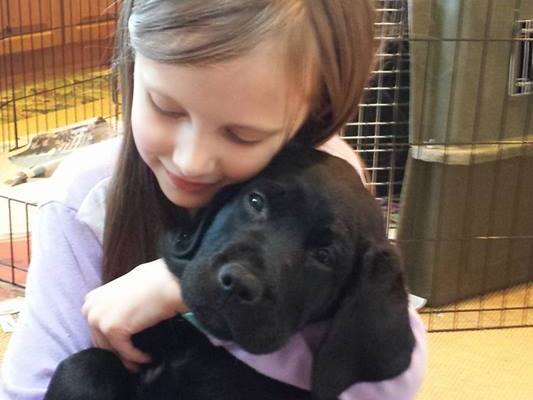 I recently read a quote about how parents of children with rare diseases have similar levels of cortisol (“the stress hormone”) as combat soldiers. I believe it.  The daily stress builds up – worrying about Sienna’s health, stocking her medicine, dealing with insurance, preparing for every kind of scenario I can anticipate, and reacting on the fly to the ones I can’t.  I sometimes feel like I can’t relax – after the work day and after Sienna goes to bed, I feel guilty if I’m not fundraising or doing something to raise F.O.P. awareness.  And I’ve seen terrible things – it seems like every month another child has a joint permanently lock up, young adults lose independence, children and families plead for tips on pain management, and our community has lost way too many members at ages that are way too young. Of course this is not at all the same as the stresses of an actual combat soldier (whose work I very, very much appreciate!), but it was an interesting comparison and helped me process my perpetual question “why do I always feel so stressed?!”

Sienna has F.O.P., which causes bone to form in muscles and soft tissue, progressively restricting movement.  Injuries and illnesses can lead to permanently disabling flare-ups, so things that are just a minor inconvenience to most parents can send F.O.P. parents into a tailspin.  There is no approved treatment for F.O.P. (yet!), but Sienna takes daily medication to help prevent flare-ups and we have prepared for all kinds of different situations.

But there are always situations that aren’t on the list, and I received a few calls from the school in January that made my heart race: a scrape, a toe grazed by a library cart, the start of flu season, and a day when half of the entire class next door was out sick with a stomach virus, fever, or both. In each of those situations it’s a debate: Should she ice it and rest? Medicate?  Sit out the whole darn flu season?!  Thankfully, none of these scares amounting to anything.

Building our preparation arsenal, we had Sienna’s 504 plan meeting for second grade.  Planning for the fall in January – you read that right!  (a 504 plan is an educational plan that gives students with disabilities access to education). Walking into these meetings I always worry that something will change to reduce the safety of her learning environment.  But my stress was unfounded.  This team truly wants to give Sienna a safe place to learn while making her school day as normal as possible. I could tell throughout the meeting that they are under Sienna’s spell – everyone lights up when they talk about her.  It helps that she is such a caring, hilarious and smart little person (if I do say so myself!).
We aligned to continue this year’s plan:  an aide to prevent injuries from wiggly schoolmates, participating in gym during the safer activities and a chair with a back for lunch, art and music class (she needs a chair with back because her back is fused – if she loses her center of balance, she goes down like a tree).

How could anyone NOT be on her side?!

Our final excitement of January came when I was able to sign up for a last-minute surprise: puppies from Guiding Eyes for the Blind who needed weekend socialization.  Nothing reduces stress like puppy snuggles (except maybe Sienna snuggles)!  I picked the puppy up after work and came home to a fuming Sienna – mad that I was late.  Since I’m a working mom, she counts up her time with me and if I’m even 1 minute later than usual, or heaven forbid have to travel, I am in DEEP trouble.  So I walked in and said “sorry I’m late…  but I had to pick up A HOUSEGUEST…”   Instant forgiveness!
Jenkins was a love – he would seek out and curl up in any lap available to him for a nap. I’m not sure how that will work when he’s a fully grown lab, but we enjoyed it!  Sienna takes her job as socializer very seriously and was by his side every waking minute. That worked well in the daytime.  However, the nights didn’t go as well – as a single pup being sent out for home visits, he did NOT like being on his own.  His pen had a crate with a blanket and toys, but he howled all night.  He probably missed his pile of litter-mates, poor thing!  Also, puppy howls all night do NOT relieve stress…  sigh.

Jenkins!  We miss you already (during the daytime).

As luck would have it, the following weekend our good friends snapped up last minute socialization puppies as well.  We were able to visit and made two additional puppy friends: Nick and Newman.  Sienna was partial to Newman, pictured below.

Is he smiling in his sleep?!  Cuteness overload.

And now on to February – back to the rare disease battlefield!  I have the IFOPA board meeting this weekend (planning central!), and Rare Disease Day is February 28th.  In the meantime I would welcome tips (from anyone – rare disease parents, combat soldiers, tightrope walkers, anyone who experiences stress) on how you reduce stress in your life.

3 thoughts on “When You’re Rare… Prepare!”